March is Women’s History Month. Rainbow Health is celebrating the women who have made an impact in the medical field. The women who pioneered their specialties not only gave way for other women to follow but also made the world a better and healthier place. In 1960 only 7% of medical students were women, in 2019 that number has increased to 50.5%. That is in no small part due to these 10 extraordinary women who changed the face of healthcare.

Elizabeth Blackwell paved the way for all women when she became the first woman to receive a Doctorate of Medicine from Geneva Medical College in 1849.

Inspired by a dying friend who had felt she would have “fared better” if she had a female doctor, Elizabeth decided to take on the challenge of becoming that person for women. Her road to this achievement was paved with obstacles. She studied under a physician to be worthy of acceptance into the college and once accepted, was often ostracized by both the faculty, students, as well as by patients.

Blackwell graduated first in her class and went on to become an advocate for women’s rights in education. The biography states that “In the mid-1850s, she opened a clinic that became known as the New York Dispensary for Poor Women and Children. With help from her sister and fellow doctor Emily Blackwell, who worked as a surgeon, and physician Marie Zakrzewska. Blackwell also established the New York Infirmary for Indigent Women and Children in 1857, an institution that would last for more than a century. At the end of the decade, while lecturing in England, she became the first woman listed on the British Medical Register.”

1n 1951, dying of cervical cancer, Henrietta Lacks checked into John Hopkins Hospital in Baltimore to receive treatment. Researchers at John Hopkins were trying to find cells that would replicate and survive indefinitely so they could experiment on them. Without her consent or her knowledge doctors removed a cell sample from the tumor in her cervix.

This invasive procedure changed the world. The cells not only thrived but multiplied - something no cells had done in a lab setting before. Since then they have been reproduced billions of times and used in over 75,000 studies. The Polio vaccine, HPV vaccine, medications used to help H.I.V., AIDS, Parkinson's, Leukemia, the flu, and most recently the development of the Covid-19 vaccine are just a few of the medical breakthroughs that wouldn’t have been possible without Henrietta Lacks.

She died at the age of 31, in the colored ward of Johns Hopkins and was buried in an unmarked grave.

Influenced by an Aunt who spent much time caring for the ill, Rebecca Lee Crumpler worked as a nurse under doctors for 8 years and received their recommendations to attend the New England Female Medical College -later to merge with Boston University School of Medicine.

In 1873 she graduated, becoming the first African American woman to receive her doctorate in medicine.

She treated the poor, freed slaves, and others that may not have otherwise received medical treatment.

Known as “The lady with the lamp”, Florence Nightingale was a British social reformer and a statistician. During the Crimean war experience as a nurse was foundational regarding her views about sanitation. In 1860 she established St. Thomas’ Hospital and the Nightingale Training School for Nurses.

She contracted Crimean Fever and never fully recovered, at 38 she was bedbound. Even still she remained dedicated to improving healthcare and alleviating patients suffering. Her work was so well respected, that she became a public figure, for whom songs, poems, and plays were written. Due to her work, the upper class no longer frowned upon nursing but viewed it as an honorable vocation.

Born into the Tse níjikíní (Cliff Dwelling People) Clan of the Diné (Navajo) Tribe, when she was just a child Annie contracted flu at the age of 8. After she recovered she began to help the medical workers take care of others and discovered her passion for medicine.

She went on to study Public Health and became an activist for the health and welfare of the Navajo Nation. The second woman ever elected to the Tribal Council in 1951 she began her work to improve health among the Navajo Nation. During her three terms on the council, Wauneka wrote an English to Navajo dictionary to incorporate medical terminology into the Navajo language. She helped to improve healthcare for pregnant and new moms, address alcoholism, take care of eye health, improve housing and sanitation, and convinced her tribe to adopt modern medical practices. Her weekly radio broadcast in the Navajo language allowed her to educate her people and advocate for better health.

In 1963 she became the first Native American to be awarded the Presidental Medal of Freedom. In 1984 the Najavo Council honored her with the title “The Legendary Mother of the Navajo Nation.” In 1997, she passed away but has left her tribe better and stronger than before.

In 1973, Patricia Bath became the first African-American to complete her residency in ophthalmology. After working as the first female faculty member at UCLA’s Jules Stein Eye Institute she went on to found The American Institute of Blindness. They worked to establish eyesight as a basic human right.

In 1986, Bath invented the Laserphaco Probe which improved the treatment for cataract patients. In 1988 she became the first African American female physician to hold a medical patent. Her probe not only reduced the pain from treatment but she was also able to restore sight to those who had been blind for more than 30 years.

Bath retired in 1993 and became a strong advocate for telemedicine. She continued to be an honorary staff member of the UCLA Medical Center and was additionally named as a Howard University Pioneer in Academic Medicine. She died in 2019.

When she was just a child Apgar’s older brother died from tuberculosis and her other brother contracted a chronic illness. Entering college in 1929 she knew she wanted to become a doctor. She got her bachelors from Mount Holyoke College in zoology with minors in physiology and chemistry and graduated fourth in her class from Columbia University - College of Physicians and Surgeons in 1993. Completing her residency in 1937 Apgar went on to work at Columbia-Presbyterian Medical Center where her supervisor Allen Whipple discouraged her from surgery and redirected her to anesthesiology.

Throughout the 1940’s she worked in anesthesiology and during WWII took on extra responsibility to make up for the low staff. In 1949 she became the first woman to be a full professor at P&S. During her 10 years there she did clinical research. In 1953 she introduced the first test called the Apgar Score to test the health of newborns. This test is still used today to assess babies.

A writer and medical practitioner on the Italian coast, Trocta lived during the 12th century. Her writings were combined with two others in a work called Trotula. She wrote two other books herself; Practical Medicine According to Trota and On Treatments for Women.

Her work on contraception, infertility, childbirth, caesarian procedures, menstrual disorders, led to her title as the First Gynecologist. She was not on a whole limited to gynecology and obstetrics. She also wrote on snakebites, cosmetics, internal diseases, fevers, and wounds.

Her works made their way around Europe making her a famed figure. Her work survived through the centuries even though men had tried to erase the source as a woman.

Susan La Flesche Picotte of the Omaha tribe graduated as valedictorian from the Woman’s College of Pennsylvania in 1889. She is widely renowned as the first Native American doctor. She worked hard, made house calls, even on foot trudging through the snow. Some patients refused her medical advice or would not even see her. She worked for decades to improve the conditions on the reservation and was even able to achieve her dream of building a reservation hospital.

Also known as Sibyl of the Rhine and Saint Hildegard she was a German nun and a polymath. Hildegard was a writer, composer, philosopher, mystic, visionary, and medical practitioner during the Middle Ages. She was elected mother superior in 1136 and founded two monasteries one in 1150 and the other in 1165.

During her time helping in and later leading the monastery’s herbal garden and infirmary, Hildegard developed her “healing powers.” She gained practical skills in diagnosing, prognosis, and treatment of the ill. She began to practice with the practical application of herbs, tinctured, and precious stones to aid in healing. She documented these thoroughly in her writings.

In recent years a team of German and Swiss scientists examined her writings and began to test her claims. Here is how they explained their results:

“The hypothesis that Hildegard could have achieved her ‘correct’ claims by chance is to be clearly rejected on the basis of the highly significant level of our new statistical procedure. The finding from this approach that medieval medical claims are significantly correlated with modern herbal indications supports the importance of traditional medicinal systems as an empirical source.”

Of 212 health claims, there are 30 that are still correct according to modern standards. Had she made claims up randomly only 6 would be correct?

Women in healthcare have paved the path for better care delivery, especially towards women and children. Let us continue to celebrate the women who are in fact changing the ways and face of healthcare every day for a better tomorrow.

Ayushi Patel is the Director of Strategy & Innovation at Mobisoft Infotech. She leads the strategic partnerships and initiatives in the healthcare division. Her experience includes healthcare administration, business development and sales, and customer success management. 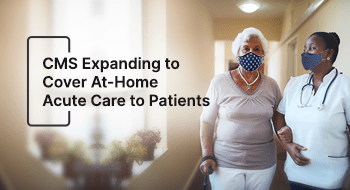 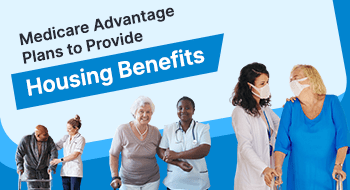 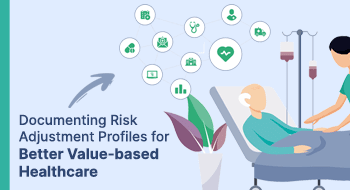 GET IN TOUCH WITH US

Have a question about Rainbow Health and its offerings?

Our team is here to help.